Neptune, the planet of spirituality, unconsciousness and dissolution of borders definitely entered Pisces on February 3rd 2012 (*1) and will stay in that sign until March 2025 in the first instance (*2).

Neptune rules spirituality, which becomes a collective need when this planet is in the sign of the Fish. However, Neptune in Pisces brings many possibilities and can manifest in different ways at the individual level, even passing from one to another: 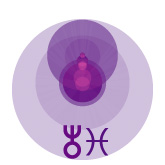 * some people may deepen their beliefs and reconnect with groups that share them.

* some people may feel the need to begin, continue or emphasize their spiritual search outside organized religion, which can imply the integration of notions, beliefs or practices from various spiritual paths.

* some people may put all their faith into religious groups or "messiahs" who create certain kind of collective hypnosis by erroneously convincing them that their salvation depends on their total submission to the group/person's will.

* some people may get disappointed at their current religious group when they discover deceptions perpetrated by their leaders or when they start questioning some of their dogmas; this may lead to a period of uncertainty while they find a new spiritual path.

* some people may feel compelled to self-sacrifice as a way of spiritual sublimation.

* some people may leave aside their current religion to search for something more in tune with their spirit.

Neptune's transit through Pisces is a lapse destined to dissolve both beliefs and the foundations of religious institutions which limit evolution and do not integrate the principles of understanding, forgiveness and universality; it is no coincidence that the Protestant Reformation happened during another transit of Neptune through Pisces as an attempt to go back to the essence of Christianity, in protest to the corruption and excesses of the Catholic Church of the time. A temporary chaos can result from such dissolution, but it will also allows to access a wider reality, transcending shapes to find the essence (many things have the same base even when they have different names), which induces a sense of empathy among groups with different beliefs. However, Neptune in Pisces also implies self-delusion, confusion and martyrdom, therefore it is very important that each person searches for Truth in his/her soul, not letting illusions to fog the mind and paying attention to his/her intuition when looking for authentic spirituality, not basing it on the cult of a person/group, but on universal principles, especially love in its higher octaves.

There will be lots of truly inspired mystics who are connected to higher planes during the transit of Neptune through Pisces, as well as guides with notorious abilities in the intangible field, but we will also find lots of charlatans who will try to take advantage of the spiritual needs or emptiness some people will experience. Individuals bringing valuable knowledge, energy and guidance will offer you tools/methods/ideas to help you develop your potential, while tricksters will try to establish a dependent relationship to take advantage of your uncertainties; this is one key to distinguish between both types of Neptunian characters, the other one is your intuition.

Social service will be specially emphasized with Neptune in Pisces, both in relation to better channel social policies at the national level and regarding each person's awareness of his/her role as an agent of social change who can give a lot to his/her collective and to himself/herself by helping others; this can be achieved by volunteering for a cause or by simply breaking the shell that separates you from the world around you and contributing with what is within your reach (time, knowledge, material resources, etc.) ... the idea is to help others to achieve a higher level of well-being, it is just important to focus the help on creating self-sufficiency and not dependency ... to teach them how to fish, instead of giving them a fish. Charitable and humanitarian institutions may have a decisive role in respect of this, but false organizations trying to deceive the public can also proliferate, so it is important to use both intellect and intuition to go beyond facades. 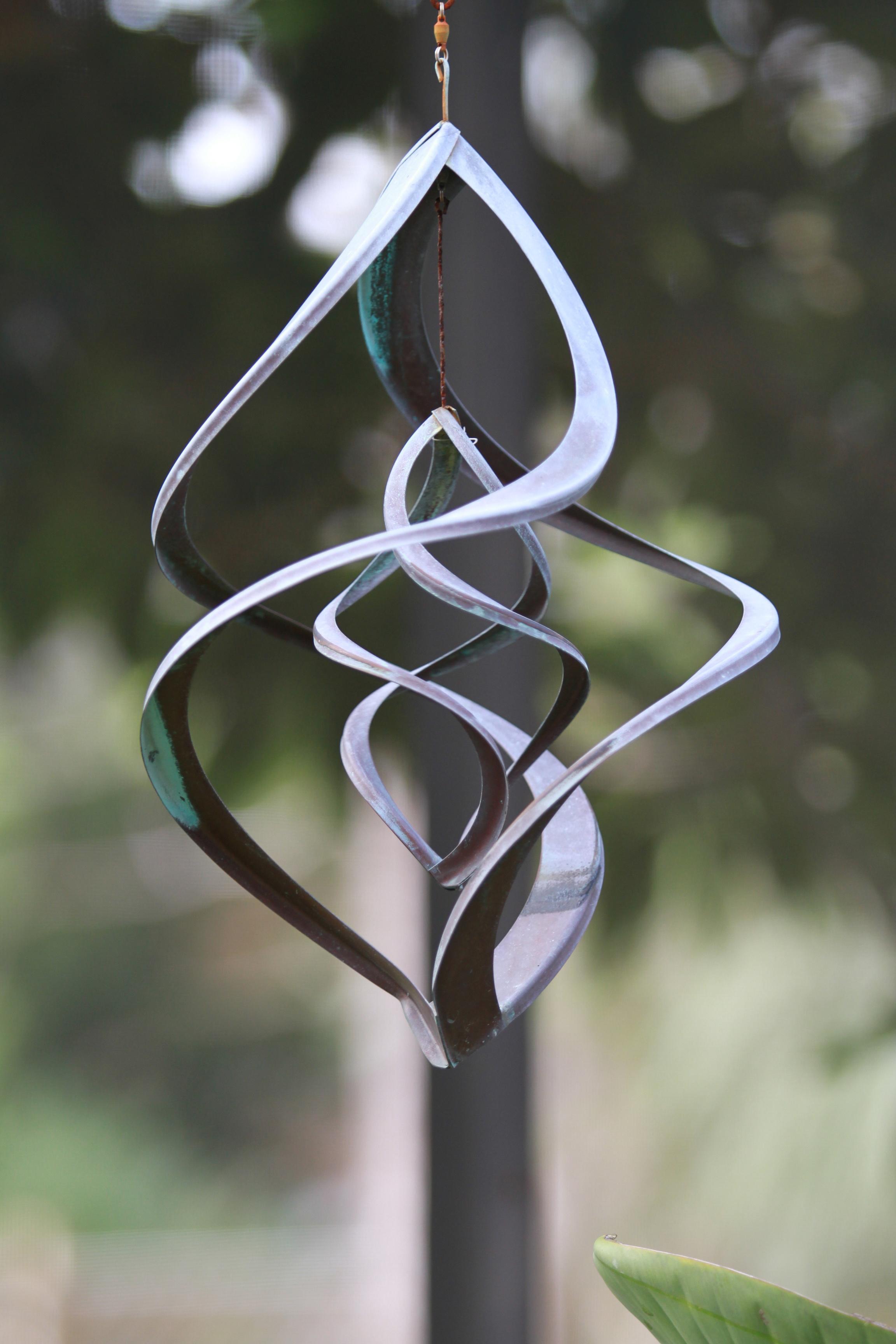 Neptune in Pisces will bring two notable tendencies in relation to medicine. On one hand, the integration of healing methods that consider the individual as a whole by incorporating his/her spiritual and energetic aspects in the curative process. Practices such as yoga, tai chi, chi kung, meditation, prayer, creative visualization, etc., will be more extended and understood in their authentic dimension to maintain and/or recover good health; the same will happen with various types of alternative medicine such as homeopathy, reflexology, ayurveda, etc. The integration of traditional and alternative medicine will ideally be broadened to get the best of both worlds. On the other hand, another sector of society/industry will experience a strong tendency to evade the real causes of health problems by using medicines that can imply an important dependency level to the extent of creating dangerous addictions; therefore, each person should look for lots of information when choosing a treatment, instead of trying easy solutions that treat the symptom, but not the problem itself.

In all respects, forgiveness is an important key to have good health ... forgiving others as well as yourself. Sleep will also be understood as a notable factor in being healthy at all levels.

Neptune's transit through Pisces is a special lapse to pay attention to centers where either voluntary or forced seclusion is central, such as places for recovery (hospitals, detoxification centers, etc.), for religious purposes (monasteries, convents, ashrams, etc.) and for paying debts (prisons). True understanding and attention to the needs at all levels of the people secluded there is very important, specially by incorporating spiritual and artistic activities in their daily lives to avoid chaotic situations.

All forms of art will tend to reflect more than ever mystical, marine, symbolic, idealistic and vague themes, specially in painting, music, poetry, theater, dance, photography and cinema; we will find both distorted expositions of reality and magnificent samples of inspiration, so we should be attentive to avoid the fog.

Yin concepts will be highlighted at all levels: softness, flow, passivity, receptiveness, compassion, empathy, understanding, etc., even though we should not forget that equilibrium requires yang as well, we just need to give value to each principle (the simultaneous transit of Uranus through Aries will offer a point of balance). Yin is related to femininity, therefore the role of the women and groups prominently feminine will be notable during this Neptune's transit through Pisces, especially in those nations where there is discrimination against women.

In the political scene, lots of mirages will disappear, but new ones will appear. There are lots of planetary influences affecting this period and Neptune brings its grain of sand by undermining some ideologies/forces, while it also inspires to create new ones which could result in illusions or be truly directed towards peace ... navigation can be difficult to define with Neptune in Pisces and it is mostly based on adaptation to the needs of the moment by tuning in with the collective unconscious. However, such tuning can be used either in a positive way to truly solve the problems or in a negative way to deceive the public; Neptune tells us once more to use our intuition and spiritual principles to differentiate.

Water will have a central role with Neptune in Pisces, as its importance will be more apparent and some natural phenomena involving it will happen. It is extremely important that we all take care of such precious resource by neither wasting it nor contaminating natural reservoirs.

Water is going to search for its natural watercourses, therefore it is very important to pay special attention to the construction/maintenance/relocation of buildings close to shores, as future water levels are going to be higher in some areas; sea levels are on the rise, so cities along the coast should take precautions to avoid material and human problems. In other cases, it will be needed to create mechanisms to supply water to areas where regular provisioning can be insufficient (e.g. rainwater harvesting); desalinization may get a lot of interest with Neptune in Pisces, even though methods should be carefully reviewed to minimize a negative environmental impact. Above all, let's not contaminate, each of us as can make a difference as an individual and influence other people.

All of us should collaborate so that Neptune in Pisces is manifested as the search for peace and not as the passive acceptance of a confused world. Neptune rules the pineal gland and it calls us to reach higher consciousness levels by developing our intuition and spiritual being when is in Pisces. The positive values of Neptune in Pisces are those that Jesus Christ came to teach us in the Age of Pisces: compassion, spirituality, forgiveness, peace, humility, empathy and universal love ... whatever your beliefs, you can recognize it is about time we really learn and practice these principles at the final phase of the Piscean Age (*3)

(*1) Neptune had already entered Pisces on April 4th 2011 to return to Aquarius on August 5th 2011, due to the phenomenon known as retrogradation.

(*2) Neptune briefly transit Pisces again from October 2025 to January 2026, due to the retrogradation phenomenon.

Pisces is Neptune's domicile, it is the sign where this planet feels like home and therefore it manifests in a more fluid way. However, Neptune's transition from Aquarius to Pisces can occur either chaotically or as a silent infiltration.

Neptune as a generational planet

Neptune is one of the exterior planets because it requires an extended period of time to complete its orbit around the Sun; that is why its effects are considered to be generational.

Neptune stays approximately fourteen years in any given sign.